The real support of single parents

Activities of the project "The real support of single parents" are supported from the grant program Family. 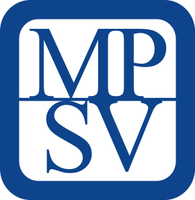 The aim of this project is to support the disadvantaged families (especially the single mothers) from Brno and the surroundings and by this way to achieve a bigger stability of their families. We will improve the position of these parents on the labour market and prevent the social exclusion.

The project reacts to current difficult situation of one-parent and socially excluded families. There are almost 200 000 of single-parent families in the Czech Republic, 90 % of them are single mothers. The single mothers are the ones facing the biggest risk of poverty, when their income is in proportion to the expenses for the household and for the upbringing of child(ren) insufficient. The research of Club of single mothers from the year 2018 finds out that one third of single mothers live for 10 000 CZK per month and even less. Single mothers become socially excluded and it is not unusual they turn to sex work. The field research of Association for protection of women shows that 60 % of sex workers in Czechia are single mothers. Thus, the project helps to prevent the crisis situations in families, which is also one of the specific aspirations of the family policy of South Moravian region.

Furthermore, the project targets preventive activities for support of families, because it focuses on: